Charles E. Crawford, who lived in the early part of the 20th Century, had a terrible and sinful life.  He was often in trouble, and caused great harm.  Yet, God saved him one day and forever changed his life.  Like any person who receives Christ, Mr. Crawford desired to live for God.  He even wanted to work in the ministry.  However, the icy grip of Charles’ past was about to come upon him, and he was soon to learn just how wonderful is the awesome grace of God.

He took a job, working in a Christian organization.  Shortly thereafter, he was approached by his manager who gave him an application from a bonding company.  The manager explained that every employee must serve under bond.  Charles was greatly distraught, for he knew that no bonding company would take the risk on a man with his background and record.  He explained his situation to the manager, to which his manager replied that it is company policy for everyone to be under bond.  Without the bond, Crawford could not continue in employment.

Mr. Crawford was devastated; he just wanted to live for God and work for His kingdom.  It seemed that would be all be taken from him because of his dark and checkered past.  All he could do was pray, and he had very little strength for that holy exercise.  A short time later, his manager came to him again and said that the company would allow Charles to continue in employment until he could find another job.  Mr. Crawford was still hurt but thankful for the grace being given to him.

A few days later, a district manager approached the hurting soul.  The senior officer said to Charles that there had been a meeting of the board members.  The board had unanimously decided that since Calvary covers it all, they would not require anything further of Mr. Crawford.  He could stay with the company and with an increase in salary!

Mr. Crawford shared his testimony in many places, always referring to how Calvary covered it all.  Once, he shared his story in the presence of Mrs. Walter “Ma” Taylor, a noted musician and worker in the Pacific Garden Mission, Chicago, IL.  Mrs. Taylor was so moved that she took the words Charles had shared, “Calvary Covers It All,” and she composed the beautiful hymn of the same name.

Truly, Calvary covers all of our dark pasts and sinfulness.  Every stain is washed away.  Every mark of shame is erased through the blood of Jesus Christ.

You can read the lyrics below and listen to a rendition of this beautiful song:

Calvary Covers It All

Verse 1
Far dearer than all that the world can impart
Was the message came to my heart.
How that Jesus alone for my sin did atone,
And Calvary covers it all.

Verse 2
The stripes that He bore and the thorns that He wore
Told His mercy and lover evermore
And my heart bowed in shame as I called on His name,
And Calvary covers it all.

Verse 3
How matchless the grace, when I looked in the face
Of this Jesus, my crucified Lord;
My redemption complete I then found at His feet,
And Calvary covers it all.

Verse 4
How blessed the thought, that my soul by Him bought,
Shall be His in the glory on high;
Where with gladness and song, I’ll be one of the throng
And Calvary covers it all.

1 thought on “Calvary Covers It All” 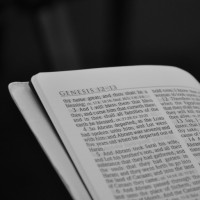 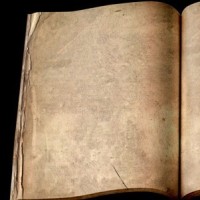 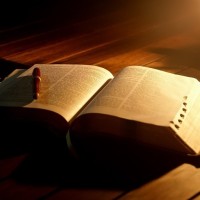 Falling In Love With God

for such a time as this